IFWG Publishing relishes experimentation – something different, something controversial, something that raises the eyebrows, and it is with great pleasure that we announce the release of Craig Cormick‘s newest novel, The Years of the Wolf. 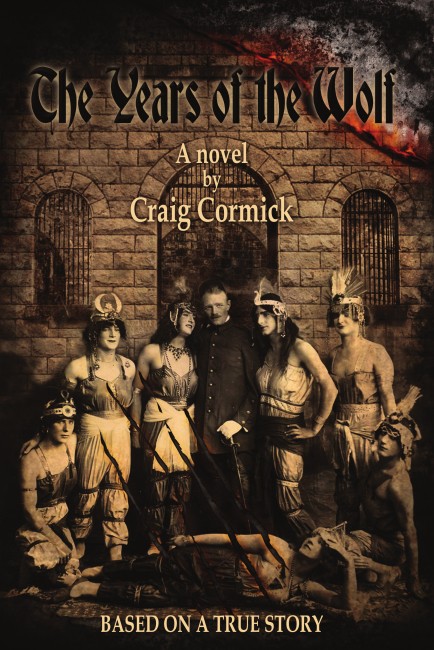 The novel is a murder mystery that looks not just at the way that internment brutalises and dehumanises people – as we have seen in contemporary internment – but the lengths that people will go to, to create fantasy worlds less hostile to them.

The book is set in the old prison at Trial Bay near Kempsey in northern New South Wales, whose ruins still remain, that housed over 500 civilian internees between 1915 and 1918.

Craig Cormick said, “We know that war leads to extreme circumstances, and that internment leads to extreme behaviours – taken together the German civilian internees in Australia created a strange fantasy world of Alpine village huts and German theatre – with men by necessity playing the roles of women.”

“Photos of the time – used in the book – show seductive middle eastern dancers and genteel ladies – who were actually the men’s cell mates, which meant things were bound to get a little strange.”

The murder mystery in the book is underpinned by racial tensions, inner-camp factional tensions and sexual tensions.

“Beyond the entertainment of the story, as we reach the end of the 100thanniversary of the First World War, we should remember the impacts of the war on those who have largely been written out of histories of the war,” he said.

“German internees were treated appallingly amongst the anti-German hysteria of the times and despite many of them having lived in Australia for many years, or married Australians, most were sent back to Germany at the end of the war. The story certainly resonates with contemporary attitudes to internees.”

The Years of the Wolf is now available in all good Australian, UK and NZ bookstores, in print and ebook formats, and will be released in North America November 20th. The novel contains photographs of the internees and internment camp.

Craig Cormick‘s new historical/mystery novel, The Years of the Wolf, will be released on 29 September 2018, but for a short time those who want the book early can preorder it.

IFWG Publishing is delighted to reveal the cover of Craig Cormick’s historical mystery/speculative fiction novel, The Years of the Wolf. The novel is based on a true story and the photograph (photographer unknown) is taken from the same time and place as the title’s source material. Catherine Archer-Wills has done a spectacular job of converting the photograph into a cover. Here is the full spread: 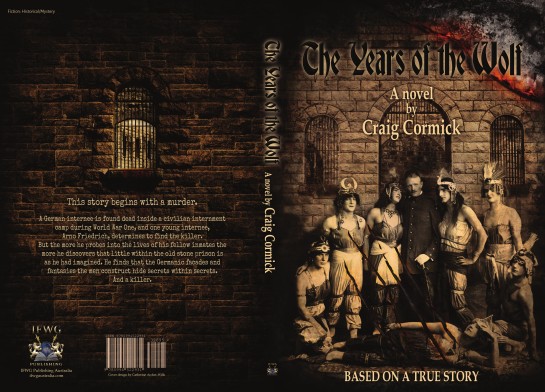 IFWG Publishing Australia is almost exclusively a publisher of children’s and speculative fiction. Every once in a while we come across something special and not quite in our normal publishing line, and something we can’t say no to. Such is the case with Craig Cormick’s The Years of the Wolf.

The novel is a based on a rather bizarre moment in Australian history, which holds resonance for both the Centenary of World War One and issues around internment.

It is based on the true story of German civilians who were interned in an old prison on the coast near Kempsey in New South Wales, during WWI – and is told as an intriguing story of murder, cross-dressing, and the impacts of war on society. From a number of angles, we would classify this story as a psychological war horror story.

Craig Cormick is an award-winning Canberra author and science journalist. He has published over 25 books of fiction, non-fiction and children’s fiction, with both small and mainstream publishers, in Australia and overseas. Much of his work deals with reinterpretations of history. He is a former Chair of the ACT Writers Centre, and his writing awards include a Queensland Premier’s Award, ACT Book of the Year Award, the Tasmania Writers Prize and a Victorian Community History Award. He is a graduate of the Yale Writing Program, has taught writing at university and community levels, has been a writer in residence at the University of Science in Penang in Malaysia, and an Antarctic Arts Fellow travelling to Antarctica.

Welcome Craig! We look forward to publishing your work early in 2018.