With the release of the fifth and final volume of Paula Boer’s Brumbies Series, IFWG is offering a great price for purchasing all five in ebook or print formats. Click here (or the image) and take advantage of these excellent savings offers, for wonderful children’s horse stories, lavishly illustrated by Rowena Evans.

IFWG Publishing is giving away the ebook title, Brumbies, by Paula Boer, in celebration of the release of the new and final instalment of the 5 part series, Brumbies in the Mountains (the ebook is out now, the print title is out in the new year).

We figure that you will like Brumbies enough to consider purchasing the entire series.

When city girl Louise moves to the country, she discovers the mountain brumbies are to be killed for pet food. She and Ben, a local farm boy, determine to save as many of the wild horses as they can. Despite opposition, they arrange a muster, but nothing goes according to plan.

Following in the hoof-prints of “The Silver Brumby” and “The Man from Snowy River”, this horse-packed adventure encounters challenges through some of the toughest territory in Australia.

The book is richly illustrated by artist and writer, Rowena Evans.

Paula Boer, author of the Brumbies series, was part of the official launch of the fourth instalment of her five part series, Brumbies in the Outback.

Congratulations to all the winners! 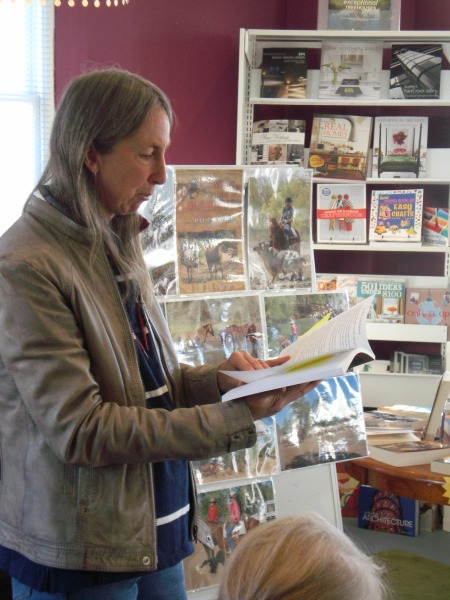 END_OF_DOCUMENT_TOKEN_TO_BE_REPLACED

Very happy to announce the release of a collection of flash fiction and short stories, in chap ebook format, Of Emus and Seahorses, by Paula Boer.

An emu struggles to raise his offspring and a seahorse dances with his mate before nurturing her eggs inside his pouch, two examples of males that carry the responsibility for caring for their young. From a crocodile dealing with the extremes of drought and flood, a humpback whale migrating thousands of kilometres with her calf, to a whirligig beetle escaping predatory fish, this collection of short stories provides insight to some of the challenges faced by Australia’s fascinating animals.

For only US$0.99, this short work will delight and edify you. Of Emus and Seahorses will soon be available in all good online stores, but can be bought now through the IFWG Publishing eBook Store.

Paula said, “There were some very creative entries, from three-dimensional pictures of brumbies to driftwood horses. I had a hard time making a decision.”

Well done to all the winners! Look out for news of the Brumbies photographic competition in May. Winners will be announced at the launch of Brumbies in the Outback on June 7th 2014 at Snowprint. 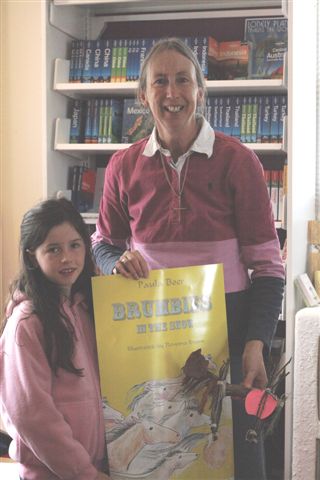 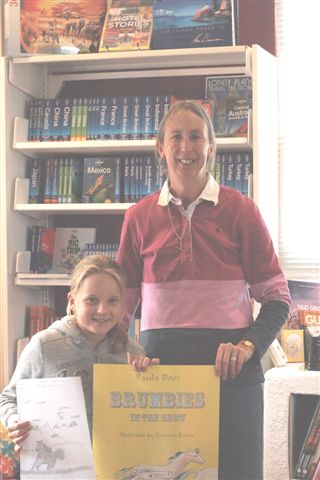 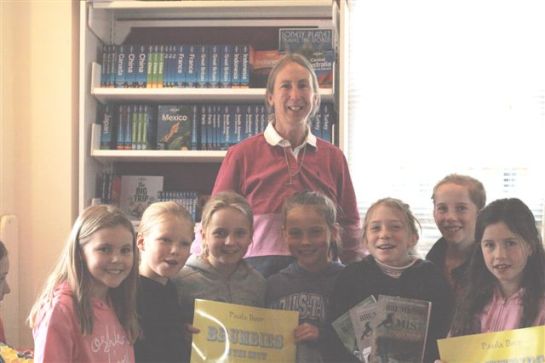 The Winners with author, Paula Boer

The WINTER 14 issue of HorseWyse, which includes a feature on preparing your horse for winter with Australian author Paula Boer, goes on sale in newsagents and Horseland stores Australia wide (and in New Zealand) on May 15th, 2014…and via the HorseWyse App. in 87 countries world wide. 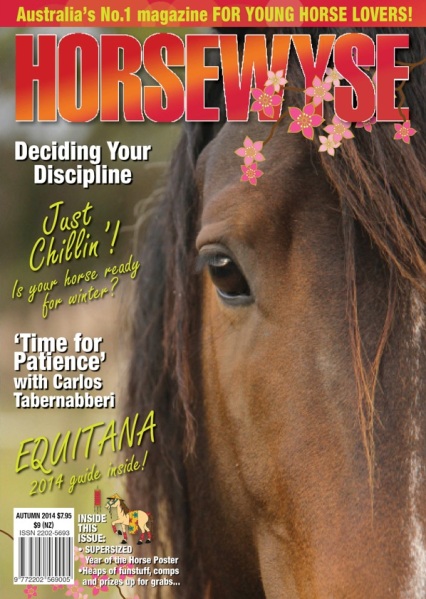