IFWG is very happy indeed to reveal the amazing cover of Jason Frank’s contemporary fantasy/SF/crime novel about tourism and murder, X-Dimensional Assassin Zai Through the Unfolded Earth. The cover and design work was by the very talented and lauded Italian artist, Daniele Serra.

More information will be forthcoming over the next several months.

X-Dimensional Assassin Zai Through the Unfolded Earth will be released in September 2022.

Watch the panel/Q&A with Jason Franks, David Kuraria, Christopher Sequeira and Queenie Chan on their latest projects for IFWG Publishing and IPI Comics. Taken on 6 March 2022 at Supanova Melbourne. 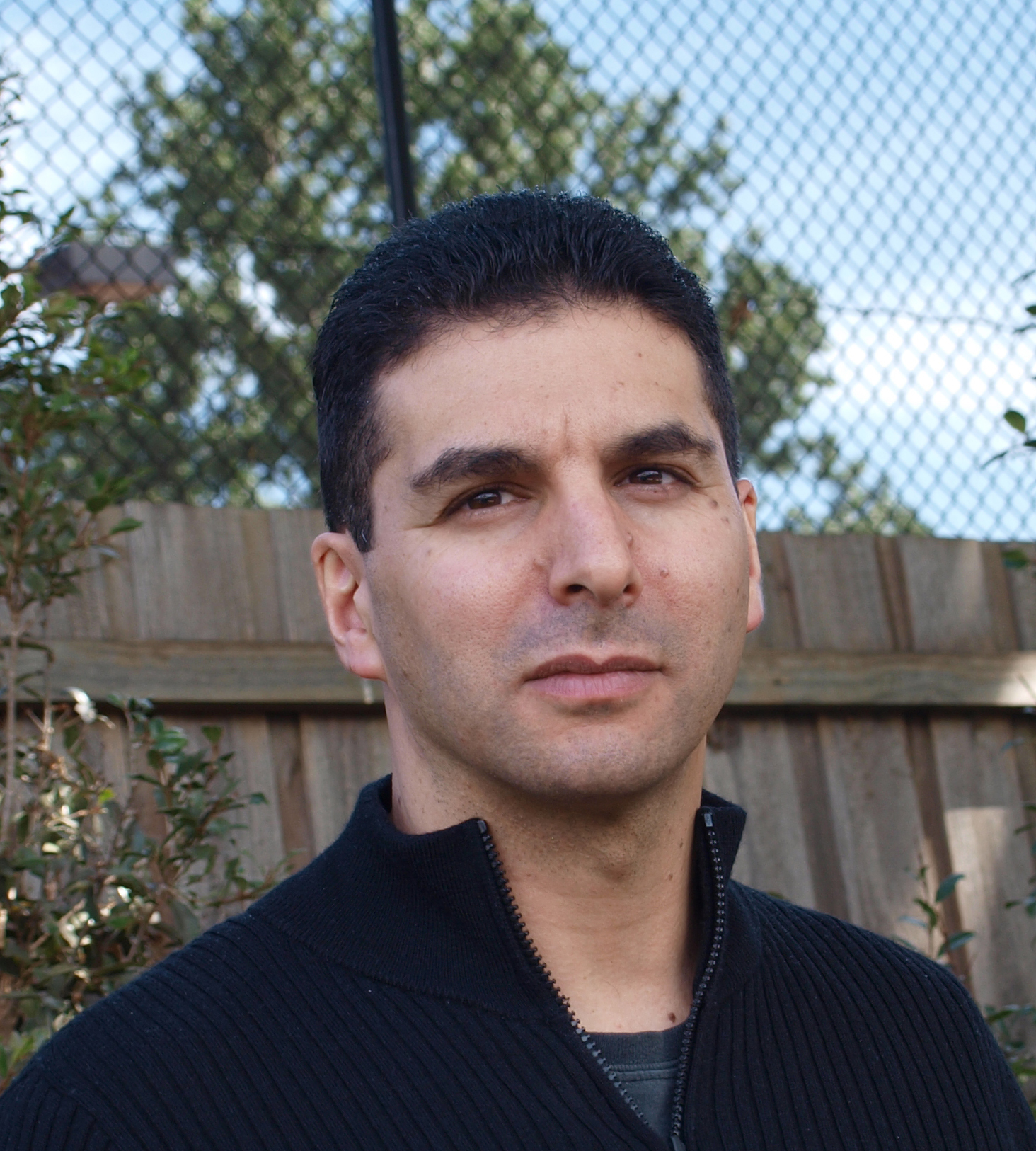 It is with great pleasure that we can announce a book deal with Jason Franks for his latest novel, X-Dimensional Assassin Zai Through the Unfolded Earth, a story that turns well-known sub-genres upside-down, as he did with his earlier IFWG title, Faerie Apocalypse. “Jason always delivers,” said Gerry Huntman, Managing Director of IFWG, “and provides original takes to themes, characters and storylines. This manuscript is no different and will be a delight to publish.”

Zai is an international assassin who’s mainly in it for the travel opportunities. So, when his new agency starts to send him on assignment to places that do not exist, it’s a dream come true.

Crooked accountants; faerie industrialists; down-at-heels gods; secret police chiefs. A hidden continent colonized by refugees from sunken Atlantis; a secret space station; an aerostatic city-state; a post-apocalyptic Faerie Land; a Britain that has Brexited from the entire universe. Whoever you are, and wherever you hide, X-Dimensional Assassin Zai will find you… but not until he’s seen the sights and tried all the local cuisine.

X-Dimensional Assassin Zai is a fantasy/SF/crime novel about tourism and murder.

Jason Franks is the author of the novels Bloody Waters, Faerie Apocalypse, and Shadowmancy, as well as the Sixsmiths graphic novel series. Most of his work, in prose and comics, falls into (or out of) some combination of the horror, fantasy, science fiction and comedy genres. Franks’ books have variously been shortlisted for Aurealis, Ledger and Ditmar awards. In the real world he works as a software engineer and data scientist.

He lives in Melbourne, Australia. Find out more at jasonfranks.com

X-Dimensional Assassin Zai Through the Unfolded Earth will be published world-wide in 2022.

We are pleased to announce that Jason Frank‘s masterpiece dark fantasy novel, Faerie Apocalypse, has been included in the preliminary ballot for the Australian Ditmar Awards. The winner will be announced in Continuum 15 in Melbourne (7-10 June 2019).

We will be celebrating Frank’s achievement by dramatically reducing the cost of downloading a kindle copy (except North America, sorry, due to legal reasons), which can be accessed here – with effect from 16 April and will cease 10 June 2019.

Also, Gerry Huntman, Managing Director of IFWG Publishing, will be attending Continuum and will be happy to hand out special Faerie Apocalypse cards with a URL that will enable attendees (only) to order online the book for $25.00, including postage anywhere in Australia.

Last night (15 February 2018) IFWG held a double book launch at Readings Hawthorn – a wonderful event. We launched our first two books for 2018 – Steven Paulsen’s anthology, Shadows on the Wall, and Jason Frank’s novel, Faerie Apocalypse. Jack Dann kindly (and entertainingly) MC’d the event, and the Readings’ crew did a wonderful job of looking after everyone. Book signings were had, speeches were made, and glasses were charged for the double launch. Thanks to all!

The following are some snaps of the event: 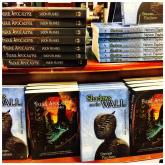 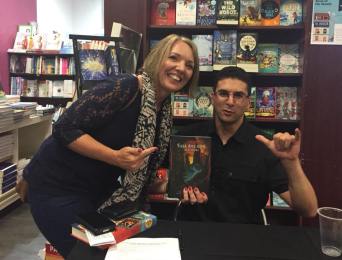 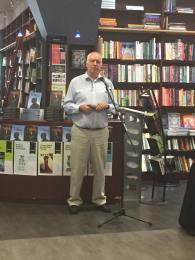 Jason and Steven at the signing desk – photo by George Ivanoff

Article can be found here.