It is with pleasure that we can can announce the release of the first two volumes of New Zealand author Paul Mannering’s Drakeforth series, Engines of Empathy, and Pisces of Fate. These two fantasy books were out of print and we are pleased to have acquired rights, and in November 2018 we will release the third book, Time of Breath, which will be original. And more will come. Also, this is the first time Paul’s Drakeforth short story, Uncertainty of Goats, is included in the novel series, added at the end of Pisces of Fate.

These two books are now available in Australia and New Zealand in print format (bricks and mortar as well as online), and worldwide in ebook formats very soon. North American distribution is available over coming months.

The covers were rendered by the very talented Luke Spooner.

Charlotte Pudding, computer psychologist and recent orphan, is not precisely thrilled with her lot in life (and not just because of the ‘orphan’ bit).

Nevertheless, having her routine disrupted by a shadowy corporation, a man who claims to be a retired god, and the secrets of her own family history isn’t a walk in the park, either.

Charlotte’s quest for answers will lead her on a perilous journey into a religion based on quantum physics, a hunt for unexpectedly rare plant oil, and a fight to the shame against a black-belt in sarcasm.

In a world that runs on peace and harmony, Charlotte is about to discover just how far some people are prepared to go to maintain tranquillity. 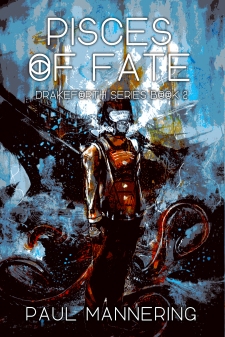 After the death of his parents, Ascott Pudding ran away to the ends of the Earth–that is, to the Aardvark Archipelago, which is basically the same thing. But these tropical waters hold more than just fish, and Ascott soon finds himself in the grip of an ancient mystery…and an extremely violent invertebrate.

With the help of his best friend, Shoal, and an artistically temperamental parrot, Ascott will face down a homicidal octopus, an extreme whale-based sporting event, and several varieties of pirate. Above all, though, they must unravel the ancient mystery of a treasure beyond imagining: the Pisces of Fate.

IFWG Publishing is fast tracking the first two books of Paul Mannering’s Drakeforth Series, targeting March 2018 for release. This will allow us to catch up with past releases, and position us for the new, original release of Book 3 in November 2018, Time of Breath.

More information will be revealed soon, but for now, here are the first two cover designs (close to finalised) by the talented artist/designer, Luke Spooner of Carrion House. Luke will be doing the covers of the entire Drakeforth Series. 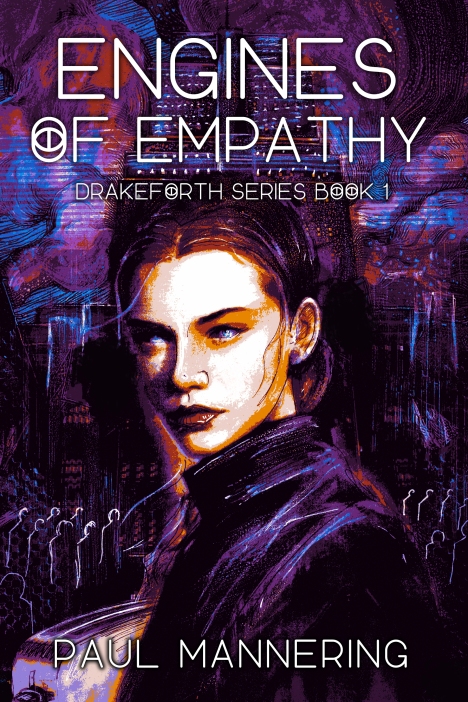 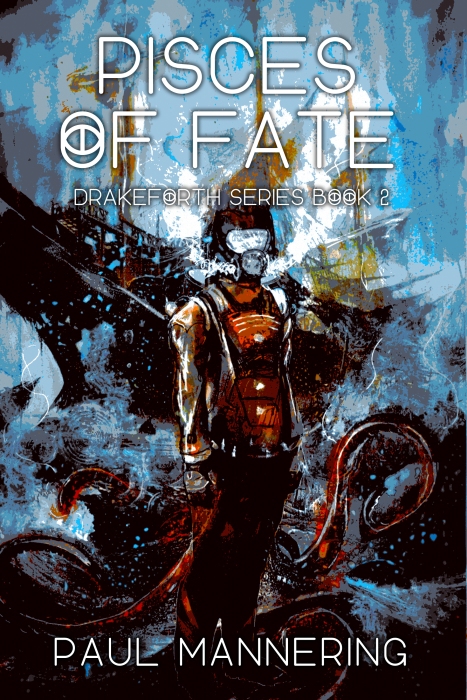 One of the great pleasures for IFWG Publishing over recent years is to tap into the immense talent of New Zealand speculative fiction authors. We started with Jan Goldie, and followed it with Ali Foster and Barbara Howe. We recently acquired the rights to a novel by Kura Carpenter, and we have had a large number of New Zealand authors contribute to anthologies and our ezine, SQ Mag.

One author we have been impressed with for some time is Paul Mannering, based in Wellington. Gerry Huntman, Managing Director, has been to New Zealand a few times and had the pleasure of long discussions on matters of writing and publishing, and was as impressed with his writing, as his insights into the craft. We now solidified this relationship in the form of a publishing agreement.

IFWG publishing has bought the rights to the first two books of the respected, multifaceted Drakeforth Series, ‘Engines of Empathy’ and ‘Pisces of Fate’, and two new books in the series – the third titled ‘Time of Breath’, and the fourth is at the moment untitled. There may be more. A short, series-related fiction piece is included in this acquisition, and will be included with one of the novels.

IFWG considers this acquisition a coup and look forward to distributing it to all major English-speaking geographies. We will be publishing the first two books fairly rapidly in 2018 and then move on to the new titles soon thereafter. 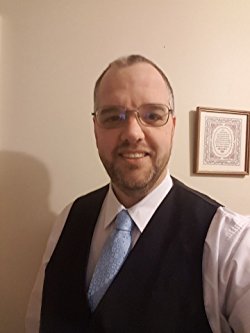 He lives in Wellington, New Zealand with his wife Damaris, and their two cats. Paul harbours a deep suspicion about asparagus and firmly believes we should all make an effort to be more courteous to cheese.

Find him online at: