Christopher Sequeira, Bryce Stevens and Steve Proposch are freelance editors who work closely with IFWG Publishing Australia. Their current project with IFWG is a three-volume anthology of Australian Mythos stories: Cthulhu Deep Down Under. 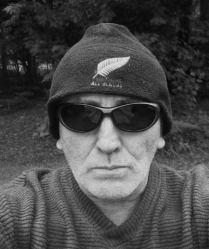 Once upon a time Bryce Stevens helped edit and illustrate horror magazines Bloodsongs, Terror Australis and Severed Head. He published The Fear Codex: Australian Encyclopaedia of Dark Fantasy & Horror CD. Several collections of his horror tales have been published including Stalking the Demon and Skin Tight. In 2013, with co-editors: Christopher Sequeira and Steve Proposch, Bryce helped set up Horror Australis. For several years until recently Bryce worked for an Australian wildlife agency as a reptile handler. Currently he has a new collection of horror/supernatural tales ready for publication. 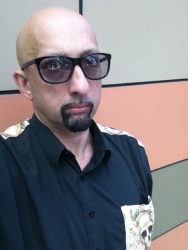 Christopher Sequeira is a writer and editor who specialises in the mystery, horror, science fiction, fantasy and super-hero genres. He’s written scripts for flagship comic-book brands such as Justice League Adventures for DC Entertainment, and Iron Man and X-Men stories for Marvel Entertainment. His short fiction has been published in anthologies in Australia, the UK, Canada, the US and Europe, and he’s created original characters, and edited and published comics and short story collections in Australia. He notably worked as a co-editor on all three book-sized volumes of the TERROR AUSTRALIS horror anthology with Leigh Blackmore and Bryce Stevens. His current projects include Australia’s most popular superhero comic-book as he takes the wheel for THE PHANTOM on a few different storylines for Frew Publishing. Other forthcoming works by Sequeira include the The Exoneration of Doctor Fu Manchu graphic novel series in partnership with artist and long-time colleague W. Chew Chan, and Sherlock Holmes: The Australian Casebook, a mass-market, hardcover collection of all-new Holmes stories, edited by Sequeira, to be published late 2017 by the Bonnier Group. Sequeira has formed the working group ‘Horror Australis’ with fellow editors and writers Bryce Stevens and Steve Proposch to edit and package entertaining and interesting speculative fiction collections internationally.

Steve Proposch is one of Australia’s most respected and accomplished editors of horror fiction, having steered the ship for the internationally distributed Bloodsongs magazine in the 90s, as well as having authored several outstanding pieces of genre fiction. He is also the co-creator, with Christopher Sequeira, of mystical superhero The Borderlander. Steve has written non-fiction for Time Out Melbourne, The Big Issue, Rebel Razor, Beat, and other magazines, guest-edited issues of Fashion Journal and Moonlight (Cinema) magazine, and was Managing Editor for the seminal street press magazine Large before starting Trouble (troublemag.com), in partnership with his wife Melissa in 2004. As a fresh and free, pocket-sized street press art magazine, Trouble began distribution in central Victoria but quickly grew to enjoy a National profile before moving operations entirely online in 2012. It’s popularity has continued to grow and prosper in the digital world. 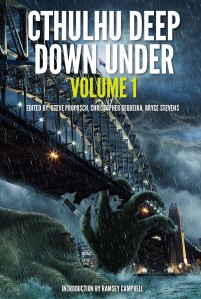