The Rejects (Book 1)
by Ali Foster 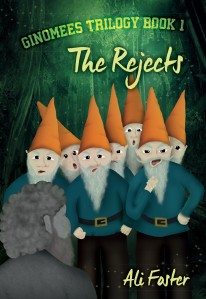 A group of discarded garden ginomees turn their backs on the boredom of a lifetime in the garden and set out in search of adventure. When a good deed goes wrong, Noname and his friend Flutey are forced to fly over the Tripletoe Mountains to win back the hats stolen by a band of wild ginomees.

The Clonestone (Book 2)
by Ali Foster 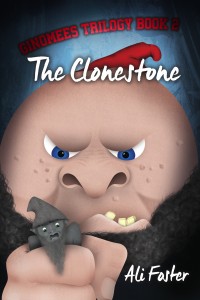 The one who turns from wood to bone,
and then in turn from bone to stone,
must face the giants all alone.

With Olive the Oracle’s words ringing in his ears, Noname sets out to battle the fearsome Ginogle—half eagle, half ginomee, and sworn enemy of all wild ginomees. After scaling the lofty Mountain of Mirrors, Noname realises he is the only one who can retrieve the legendary Clonestone. Can he find it before the Cheating Giants use it to create a monster even more terrifying than the Ginogle? 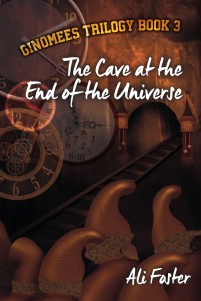 What happens when you roll a six? You have to roll again!”

After discovering his true identity and unlocking the secret of the Clonestone, Eamonn sets off with his clones to find the legendary Ginomehenge, a magical portal that takes them far across the universe to Planet Magnetica.

There Eamonn meets his grandfather, the mighty Ginomus Giganticus, creator of them all. Can Eamonn and his clones destroy the Magnetaur, their grandfather’s most terrifying creation, before it destroys them and everything else on the planet?

A Magpie Called Will 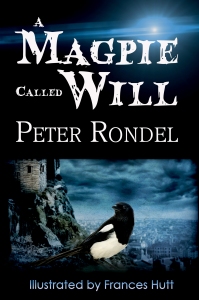 Michael befriends a magpie that is smarter than he is. The magic of Merlin The Magician reaches across the years to the present day, and suddenly, the two worlds are joined by the magpie’s secret. Beautifully illustrated, suitable for ages 8 to 12. 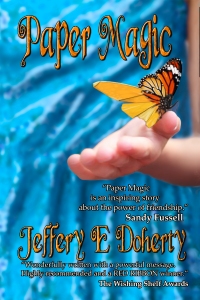 The park calls to Marina. It tugs at a place deep in her chest but the thought of meeting the children who play there sends her into a breathless panic.

This beautiful story deals with issues of bullying, anxiety and being different, issues increasingly relevant to children of all ages. The story will delight any reader who has ever felt awkward, lonely or anxious. Suitable for children aged 7 to 12.

The Adventures of Teddy and Karl: Stories For Bedtime
by Rolf Svensen (illustrated by Jeffery E Doherty) 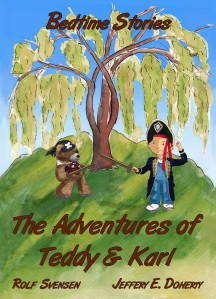 When Karl and Teddy meet Flora the nature fairy she gives them the power to speak with the animals. What a surprise!

Join Teddy and Karl in 10 stories of adventure and wonder, as they explore the bush around Karl’s farm.

Teddy and Karl’s adventures are designed to make bedtime something to look forward to and generate quality time for parents and carers with their small ones when they put them to bed. These stories will put smiles on faces and happy dreams in hearts.

One thought on “Children’s Fiction”