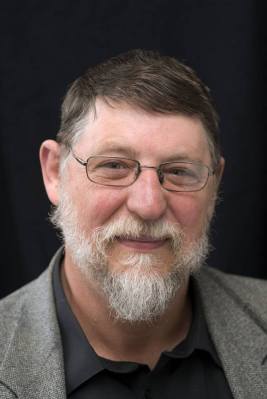 Cary J. Lenehan is a former trades assistant, soldier, public servant, cab driver, truck driver, game designer, fishmonger, horticulturalist and university tutor—among other things. His hobbies include collecting and reading books (the non-fiction are Dewey decimalised), Tasmanian native plants (particularly the edible ones), medieval re-creation and gaming. Over the years he has taught people how to use everything from shortswords to rocket launchers. He met his wife at an SF Convention while cosplaying and they have not looked back. He was born in Sydney before marrying and moving to the Snowy Mountains where they started their family. They moved to Tasmania for the warmer winters and are not likely to ever leave it. Looking out of the window beside Cary’s computer is a sweeping view of Mount Wellington/Kunanyi and its range.

Cary has a Patreon page where he wants to expand his world of Vhast in all sorts of directions. You might want to consider helping him: Cary Lenehan’s Patreon Page

Cary’s novel, Intimations of Evil, is the first in the Warriors of Vhast series.

His third novel, Clearing the Web. 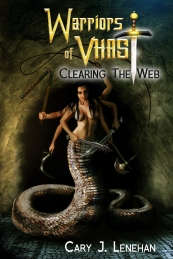 His fifth novel, Gathering the Strands.

His sixth novel, Following the Braid. 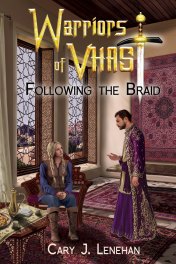