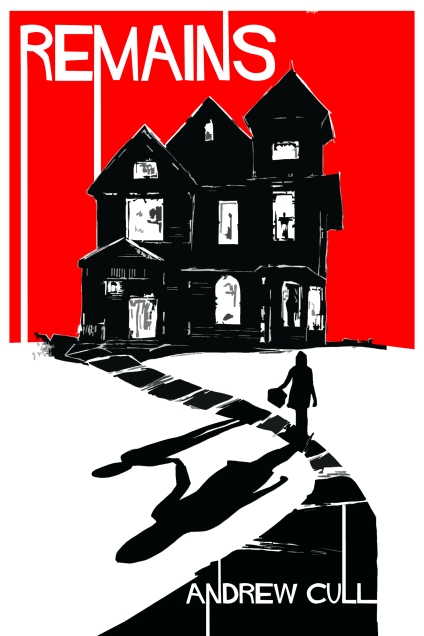 It is with pride that we announce the release of Andrew Cull‘s chilling horror novel, Remains. It will be released in North America on 16th September 2019.

The absolutely wonderful artwork and design is by our welcome regular, Luke Spooner.

“Cull’s novel is already becoming a hit with reviewers,” said IFWG Managing Director, Gerry Huntman, “which confirms our immediate attraction to his manuscript when we first received it. Cull is an accomplished film director and his cinematic eye is wonderfully extended into the writing medium. I expect this ghost-themed novel to win awards.”

Grief is a black house.

How far would you go?  What horrors would you endure if it meant you might see the son you thought you’d lost forever?

Driven to a breakdown by the brutal murder of her young son, Lucy Campbell had locked herself away, fallen deep inside herself, become a ghost haunting room 23b of the William Tuke Psychiatric Hospital.

There she’d remained, until the whispering pulled her back, until she found herself once more sitting in her car, calling to the son she had lost, staring into the black panes of the now abandoned house where Alex had died.

Tonight, someone is watching her back.

Remains is available in all non-North American regions through all quality bricks and mortar and online stores. North Americans will be able to purchase the book on 16 September 2019.