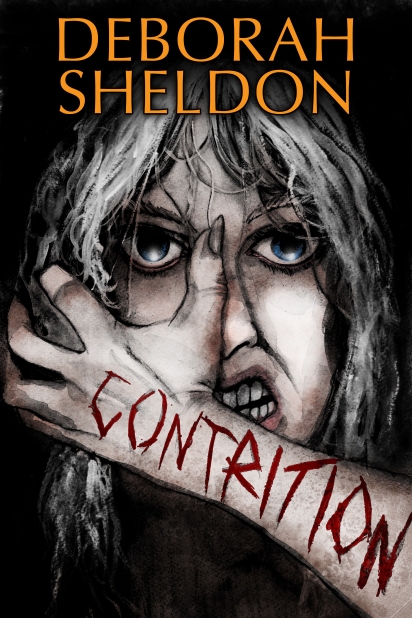 Deborah Sheldon‘s new, confronting horror novel, Contrition will be released on 3 September 2018 in Australia/UK and New Zealand, and for a short time IFWG will make direct sales. North American release will occur in November.

In her late teens, Meredith Berg-Olsen had all the makings of a runway model. Now in her late forties, after everything she had been through – including horrors that John could only guess at – she looked bloodless instead of pale, skeletal instead of slender, more dead than alive.

John Penrose has two secrets. One is the flatmate he keeps hidden from the world: his high-school sweetheart, Meredith. His other secret is the reason he feels compelled to look after her.

Contrition is a horror story with noir undertones and an atmosphere of mounting dread. .