It is with great pleasure to share with you photographs from Michael B Fletcher’s official launch of his recently published collection of short stories, Kings of Under-Castle. It was held at 6pm, 6 December 2013, Petrarch’s Bookstore in Launceston, Michael’s home town, and there was a strong turnout. Cameron Hindrum, a noted Tasmanian author and local, was kind enough to attend, conduct an interview with Michael, and provide a spirited reading of an excerpt of one of the stories in the collection, The Pearl. Michael followed with his own reading. There was much laughter from those who attended, at the humour inherent in Michael’s stories.

We applaud Michael’s efforts at his home city, and particularly since he is still recovering from a major operation. We look forward to further launches in state cities to come.

Michael in preparation for the launch, at Petrarch’s Bookshop, Launceston, Tasmania

Attendees at the launch

Some attendees arriving in character (!)

Michael B Fletcher being interviewed by Cameron Hindrum 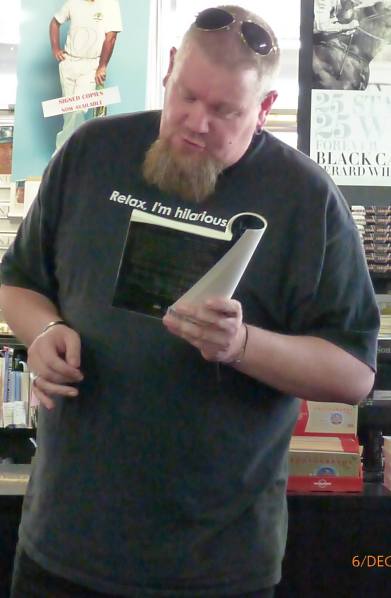 Cameron Hindrum reading from Michael’s story, The Pearl – to much acclaim 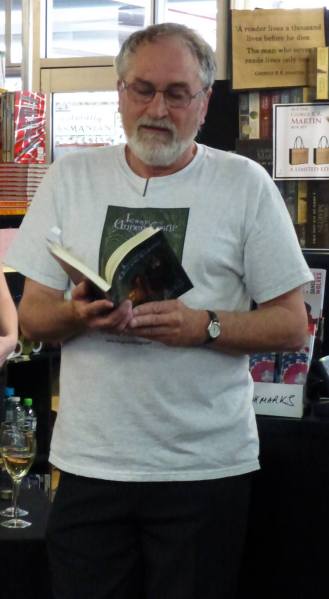 Michael reading from his collection 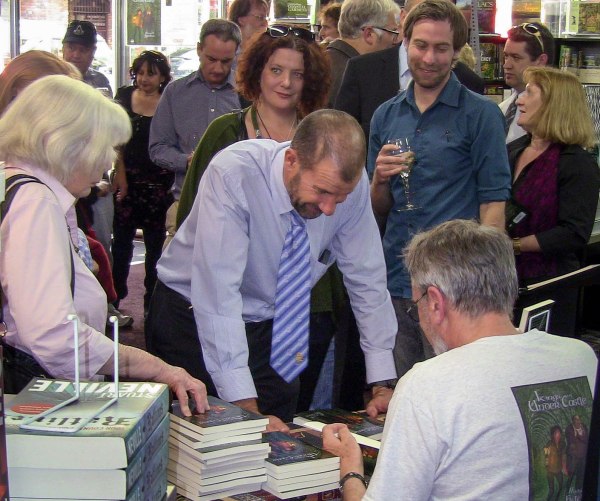 Congratulations to Michael, and we hope that locals who missed the launch can turn up at Petrarch’s. We believe the bookshop still has some signed copied for sale.

Those of you who couldn’t attend due to the tyranny of distance, can visit his title page, which includes links to where the title can be purchased.