The Paper Magic book launch at Eglinton Public School (NSW, Australia) on Saturday afternoon (26 October 2013) was a very successful and festive event. Public response was excellent with over 140 guests in attendance. The launch was officially opened by Principal Graham Small who gave a heartfelt introduction to the proceedings. He was presented with a ten book set of Paper Magic to be used in classroom literacy programs.

Year six Eglinton student, Madeline Cole, read an excerpt from the book before the author, Jeffery E Doherty, spoke about storytelling and the inspiration behind writing Paper Magic.  He also spoke about how working at the school was the perfect place to find stories. “Nearly every day I see something at school where I say, that has to go in a book.” He also thanked his editor Gerry Huntman and publisher IFWG Publishing Australia for taking a chance on him.

Jeff brought the people who modeled for the illustrations in the book up onto the stage and presented each of them with a framed illustration from the book. He also gave away the original pastel illustration he designed for the limited edition book plate to one lucky guest. All the children who attended went home with some gift and most had their faces painted by an industrious fairy that spent the entire event madly painting in the corner.

A representative from Books Plus in Bathurst handled the book sales to the public during the launch and Jeff was thankful for the support they have shown to him since he originally signed the contract for publication.

The following are a few photos of the event.

Attendees at the launch 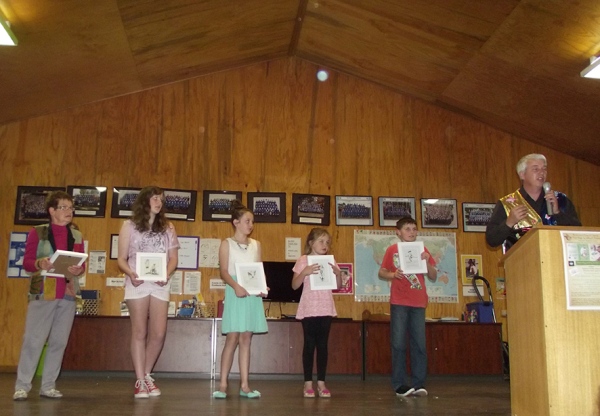 Models for the book’s illustrations 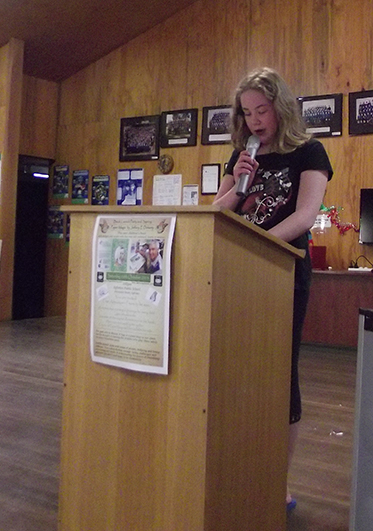